Devotion to the Sacred Heart of Jesus can be traced to the writings of the early Church contemplating John 7:37-39 (Christ as the Living Water) and John 19:33-37 (the piercing of the crucified Christ), emphasising the infinite love of God bearing fruit in new life through our sanctification and salvation wrought by Jesus.

This devotion is founded on the Incarnation of the Second Person of the Holy Trinity. As Jesus is fully human as well as fully divine, every aspect of His human nature is worthy of adoration. At the same time, the Sacred Heart devotion encompasses the whole mystery of Christ, His entire being, and His Person as the Son of God, Who is Love. 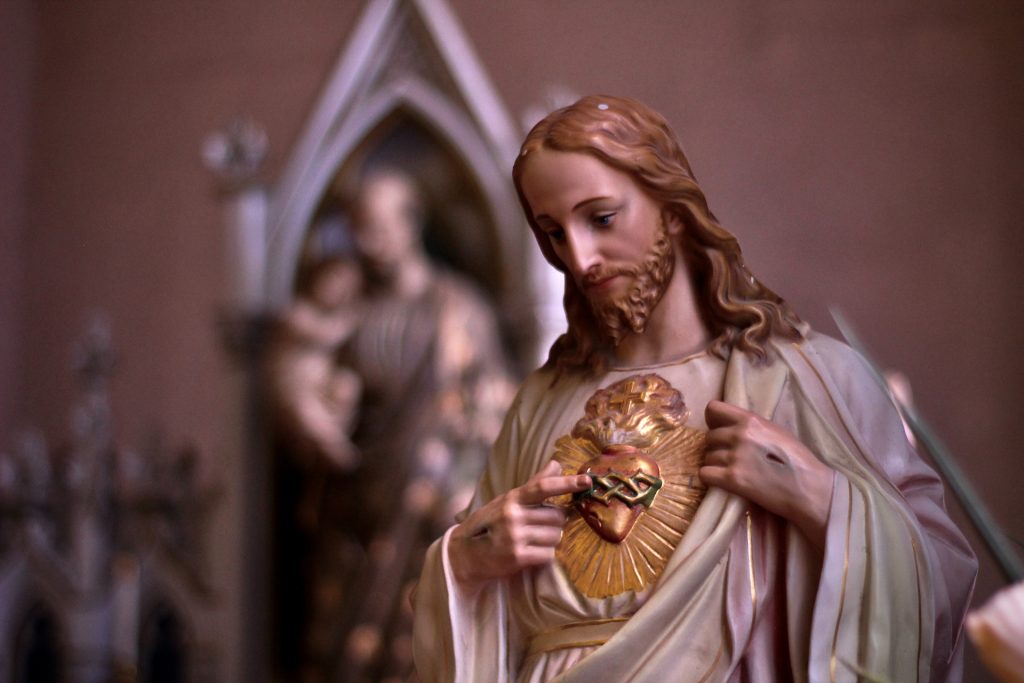 The first liturgical feast of the Sacred Heart was celebrated in 1670 through the work of St John Eudes, inspired by the visions of Jesus received by St Margaret Mary Alacoque. As the feast is on the Friday following the second Sunday after Pentecost, which falls in June, the entire month is dedicated to the Sacred Heart; the following month is devoted to the Precious Blood.

One educator and saint who was particularly fond of this devotion was St Madeleine Sophie Barat, who founded the Society of the Sacred Heart to provide education for girls after the turmoil of the French Revolution.

The Society quickly expanded to Europe and beyond. St Rose Philippine Duchesne founded their first communities in the United States, serving on the western frontier. From the age of eight, Rose had a desire to bring the Good News of the Gospel to the peoples of America, after hearing a Jesuit missionary speak about his work there. Along with four other sisters, Mother Duchesne was sent to the Louisiana Territory when she was 49 years old, in March 1818. She nearly died of illness during the trip to America, and after recovering in New Orleans, she nearly died again while travelling up the Mississippi River.

Mother Duchesne started the first free school west of the Mississippi at Saint Charles, Missouri, in a log cabin. She went on to establish six more schools and orphanages. Filled with great concern for the Native Americans, Mother Duchesne devoted her life to educating them, caring for their sick, and opposing alcohol abuse.

When she was 71 years old, the Jesuits invited her to join them in a mission to the Potawatomi tribe in eastern Kansas; a priest said, “She may not be able to do much work, but she will assure success to the mission by praying for us.”

Indeed, unable to master the Potawatomi language, Mother Duchesne spent most of her time in prayer. The children called her Quahkahkanumad: the Woman Who Prays Always.

Today, 2,600 Religious of the Sacred Heart of Jesus serve in 41 countries around the world. St Rose’s determination to share the transformative fruits of Catholic education in the New World echoes the zeal and sacrifice of the first missionary teachers to Singapore, especially the Infant Jesus sister who died on the ship bearing her fellow sisters and De La Salle Brothers from France to our land. May we learn from their selfless devotion and lives of profound prayer to turn always to the Sacred Heart for strength and imitate Christ in His boundless love for every person.