In school, teachers often repeat learning points so that they will sink into our heads and hopefully surface when required. As we study at home, we memorise and exercise knowledge through repetition. This also applies to muscle memory, as exemplified in the 1984 movie The Karate Kid. Musicians, dancers and athletes train for hours, going through the same motions over and over again, until they perfect their performances. Acquiring basic life skills like cooking, riding a bicycle or driving a car also entails repetition, until the actions and knowledge involved become second nature.

The same principle applies in the spiritual life. In Jewish custom, ancient prayers like the Psalms are recited every day. Catholic monks and nuns continued this tradition through reciting the Divine Office eight times a day, praying all 150 Psalms every week in the Middle Ages. As laypeople were mostly illiterate and could not learn the psalms, they began to pray 150 Hail Mary‘s in honour of the Incarnation (based on Luke 1:28 and Luke 1:42), interspersed with the Our Father and Glory Be to the Holy Trinity. These are said while contemplating the principle events in the lives of Jesus and Mary. The Rosary is a thoroughly scriptural prayer.

In the Sermon on the Mount, Jesus cautioned us not to pray “vain repetitions as the Gentiles do” (Matthew 6:7). He was an observant Jew and would certainly have memorised the Psalms through many days of prayer; indeed, He quotes them while dying on the cross. In this Gospel, He was warning His disciples against the superstitious ways of the pagans, whose idea of prayer and sacrifice was simply to appease their capricious gods by saying the “right” words, regardless of their inner dispositions. 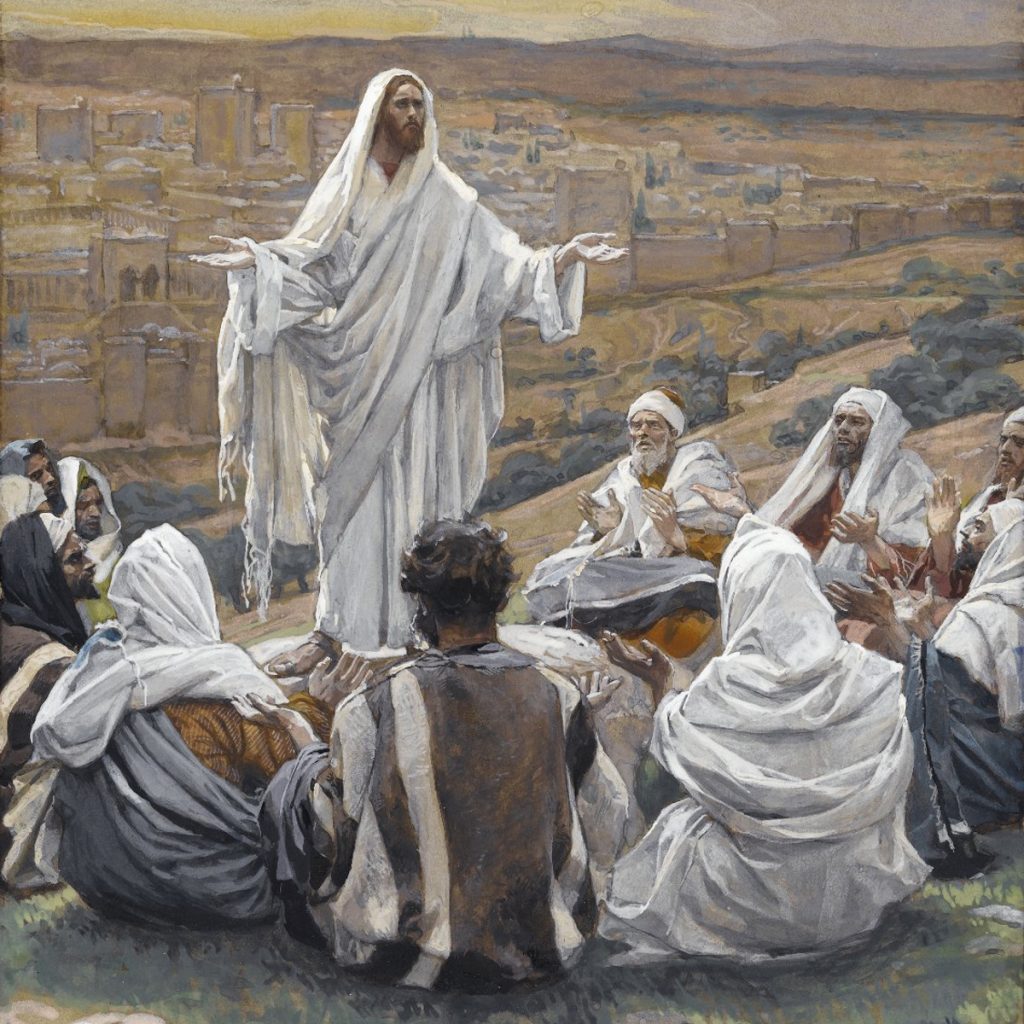 Jesus goes on to teach His disciples to repeat His personal prayer, which we know as the Our Father or the Lord’s Prayer. In this prayer, we address God intimately, identifying ourselves as His children. The Our Father contains the four cardinal points of prayer: adoration, supplication, repentance and thanksgiving. By reciting this prayer with sincerity, we learn how to speak with God the Father as Jesus does; we are drawn into the divine life of the Holy Trinity. This simple prayer is so rich that the early Church Father Origen wrote a whole treatise on it.

‘The beautiful truth is that there is no repetition in, “I love you.” Because there is a new moment of time, another point in space, the words do not mean the same as they did at another time or space.

Love is never monotonous in the uniformity of its expression. The mind is infinitely variable in its language, but the heart is not. The heart of a man, in the face of the woman he loves, is too poor to translate the infinity of his affection into a different word. So the heart takes one expression, “I love you,” and in saying it over and over again, it never repeats. It is the only real news in the universe. That is what we do when we say the Rosary, we are saying to God, the Trinity, to the Incarnate Saviour, to the Blessed Mother: “I love you, I love you, I love you.”

Each time it means something different because, at each decade, our mind is moving to a new demonstration of the Saviour’s love.’

This month of October is the Month of the Holy Rosary. Even if you cannot commit to five decades a day – which takes about fifteen to twenty minutes – try meditating on one decade a day, perhaps while travelling to school. St Louis de Monfort suggested: “In each mystery, after the word Jesus, add a word to recall and honour the particular mystery. For example: Jesus incarnate, Jesus sanctifying, etc. as it is indicated at each decade.”

As St Josemaría Escrivá said: “Blessed be that monotony of Hail Mary’s which purifies the monotony of your sins!” The Dominican friar Lacordaire observed: “For Christians, the first of books is the Gospel and the Rosary is actually the abridgement of the Gospel.” Deepen your relationship with God and His mother with this timeless prayer.