Patron Saints of Our Schools

St Louis-Marie Grignion de Montfort was born in 1673 in Montfort-sur-Meu, the eldest surviving child of eighteen born to Jean-Baptiste and Jeanne Robert Grignion. At the age of 12, he enrolled in the Jesuit College of St Thomas Becket in Rennes, where his uncle was a parish priest.

After hearing the testimony of missionary Abbé Julien Bellier, Louis was inspired to preach among the indigent. Bellier promoted consecration to the Blessed Virgin Mary. Thus, Louis began to develop his strong devotion to Our Lady.

A benefactor gave him the opportunity to study at the Seminary of Saint-Sulpice; however, upon his arrival in Paris, there were insufficient funds, so he ended up living among the poor and attending theology classes at the University of Sorbonne. He fell ill and was hospitalised.

After surviving the blood-letting treatment, he was discharged and surprised to find a place reserved for him at the Little Saint-Sulpice. Louis became the college librarian and researched the works of the early Church Fathers, Doctors and saints about the Virgin Mary. His Jesuit teachers also instilled in him a deep respect for angels.

Ordained in June 1700, he longed to become a missionary in Canada, but his spiritual director advised against it. He was very frustrated and made a pilgrimage to Rome to ask the advice of Pope Clement XI. The Pope, recognising his vocation, sent him back to France with the title of Apostolic Missionary. He preached so effectively against the heresy of Jansenism – a kind of Puritanism – that he was expelled from several dioceses where it had taken root, and someone tried to poison him. 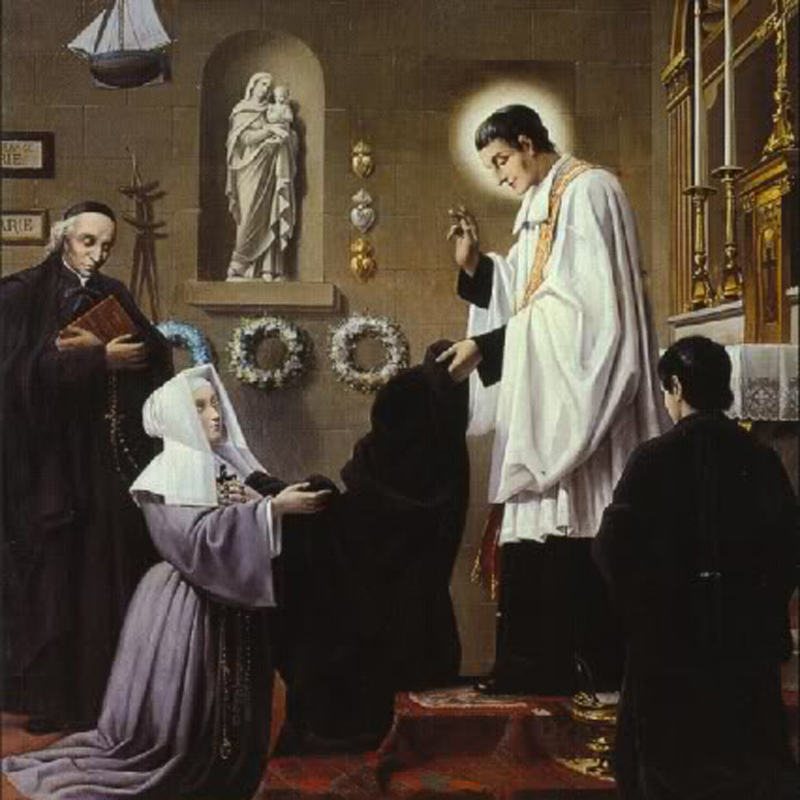 However, the bishop of La Rochelle was impressed by Fr Grignion and invited him to open a school in his diocese. His friends Marie Louise Trichet and Catherine Brunet, who had been nursing the sick, helped found a free school for the poor, which soon had 400 students. Along with Marie Valleau and Marie Régnier, they became the Daughters of Wisdom. Blessed Marie Louise’s mother said disapprovingly, “You will become as mad as that priest.”

Fr Grignion also founded the Brothers of Saint Gabriel, from a group of men who had assisted in his missions throughout France. Despite severe persecution, imprisonment and executions during the French Revolution, the two communities flourished and spread throughout the world, focusing on education and care for the poor, orphans and disabled. Today, a statue of St Louis de Montfort can be found in St Peter’s Basilica. He authored many hymns, and books which are widely read to this day.

The first Brothers in Singapore came from Thailand, invited by Bishop Adrien Devals of Malacca. During the Japanese Occupation, the Canadian Brothers were interred at Changi Prison as prisoners of war, while the others were sent to camps in Bahau, Malaysia.

In Changi Prison, Gabrielite Brother Vincent shared his vision of a boys’ home with a fellow prisoner, Australian philanthropist William T. McDermott. After the war, they founded Boys’ Town for impoverished youth orphaned by the war.

The Gabrielite schools in Singapore have produced the highest number of priests, including Archbishop Emeritus Nicholas Chia and current Archbishop William Goh.