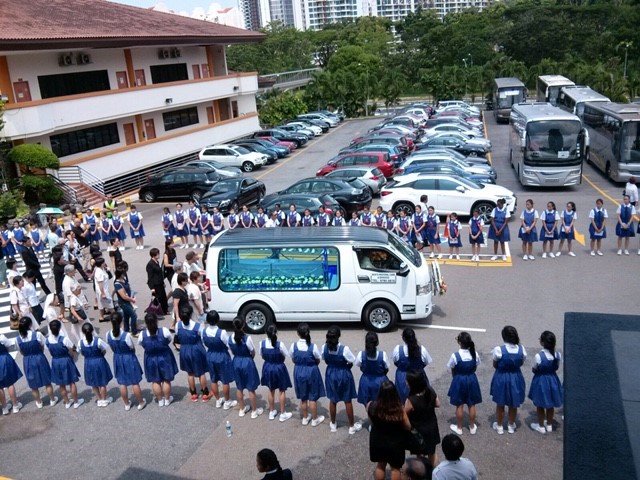 Catholic educators in Singapore, along with the CHIJ family of schools, mourn the loss of Sr Deirdre O’Loan, supervisor of the Convent of the Holy Infant Jesus (CHIJ) Schools. Sr Deirdre – or “Sister D”, as her students fondly called her – returned to the Lord on the morning of 13 August, Saturday, at 83-years-old.

A stalwart in Singapore’s Catholic education scene, Sr Deirdre committed her tireless efforts to the improvement and growth of our local Catholic schools. The eldest daughter of an Irish family, she became a nun at the age of 17, and taught in Malaysia for several years before coming to Singapore in 1974. She began teaching General Paper in Catholic Junior College upon its founding in 1975, and took on several leadership roles in her time at the school (Head of English department, vice-principal and principal).

Sr Deirdre left a lasting impression on her students at CJC, who remember her as a stern, yet warmly approachable, mother figure. From giving words of encouragement to students personally, to straightening out their uniforms, Sr Deirdre struck an impeccable balance between discipline and compassion. Khairul Nizam, 39, a CJC alumnus, fondly remembers Sister D as an educator who valued character above academic brilliance, with an open door policy. “She was probably the only person who could chastise me but would earn none of my contempt,” he recalled. “I felt that she had my interests at heart, unlike other authority figures that I had dealings with.” 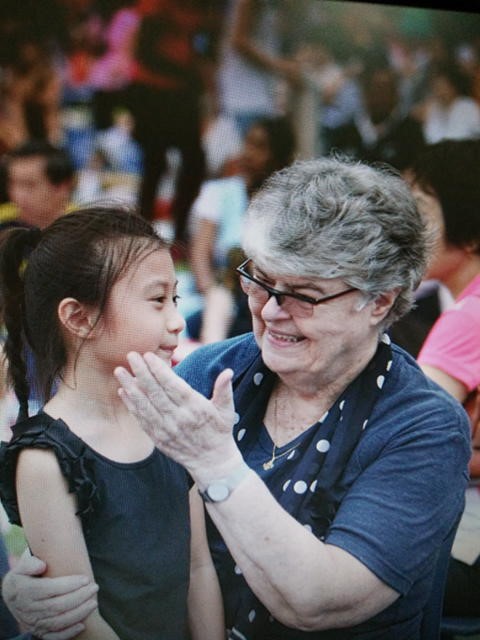 Another CJC graduate, Simon Tan, 51, said her faith in him helped to realise his potential and become a litigation lawyer. “When I did badly in the examinations, Sister D never took me to task. I remember her faith in me. It gave me greater resolve and fortitude to do my ‘A’ Levels again as a private candidate during my National Service. Without Sister D, I would have given up and despaired.”

Upon completing her six-year stint as the principal of CJC, she was appointed the Supervisor of the Convent of the Holy Infant Jesus (CHIJ) Schools in 1994. Overseeing 11 convent schools, Sr Deirdre worked closely with their principals, offering invaluable guidance, support and spiritual direction. Throughout her 22 years of service on the CHIJ Board of Management, she was known to many in the IJ community – students and teachers alike – for her generosity, love and wisdom.

For Vivienne Lim, chairman of the CHIJ Board of Management, one thing that stood out for her was how everyone was important to Sr Deirdre. “I was constantly amazed at how she remembered the names and details of so many persons, from staff to the carpark attendant,” she said. “This stemmed from the fact that to her, every person she met was important and worth her attention and concern.”

In recognition of her immense contribution to Singaporean education, she was presented with the Public Service Star (Bintang Bakti Masyarakat) by President Tony Tan Keng Yam during the Investiture of the 2014 National Day Awards.

Indeed, Sr Deirdre left an indelible mark on the lives she has touched. In her lifetime, one of her favourite quotes is by the Blessed Father Nicholas Barre, “Whatever happens, remain always in peace and trust in God”. Ms Lim remembers how Sr Deirdre always emphasised how each child is a unique creation of God and gifted with unique qualities, and how schools should serve to draw out the best in each and every child. “Sister D gave her entire life to God, to educating our young and forming them with God’s love. We are the beneficiaries of her sacrifice.”