The teacher is like the candle which lights others in consuming itself.

You have most likely heard of St Thomas Aquinas, the brilliant Dominican friar who wrote the Summa Theologiae, a compendium of all of Catholic theology. But do you know he was taught by St Albertus Magnus – Albert the Great?

As a young member of the Dominicans or Order of Preachers, Albert taught theology throughout Germany. In 1245, he became a Master of Theology and then a full-time professor in the University of Paris, where Aquinas began to study under him.

Albert was the first in medieval Christendom to produce commentaries on all of Aristotle’s writings, introducing Greek and Arabic science and philosophy to Europe. He was also a keen botanist, biologist, mineralogist and astronomer, studying the natural sciences. He is thus recognised as one of the 36 Doctors of the Church, as the Doctor of Science and the Universal Doctor, because of the depth and breadth of his knowledge and teaching. The word “doctor” is Latin for “teacher”. The Doctors of the Church are saints who made significant contributions to theology or doctrine through their research or writing.

Aquinas’ fellow students teased him for being rotund and reticent, calling him “The Dumb Ox”. Albert overheard them and said: “Ox he is, and his bellowing in doctrine will one day resound throughout the world.” 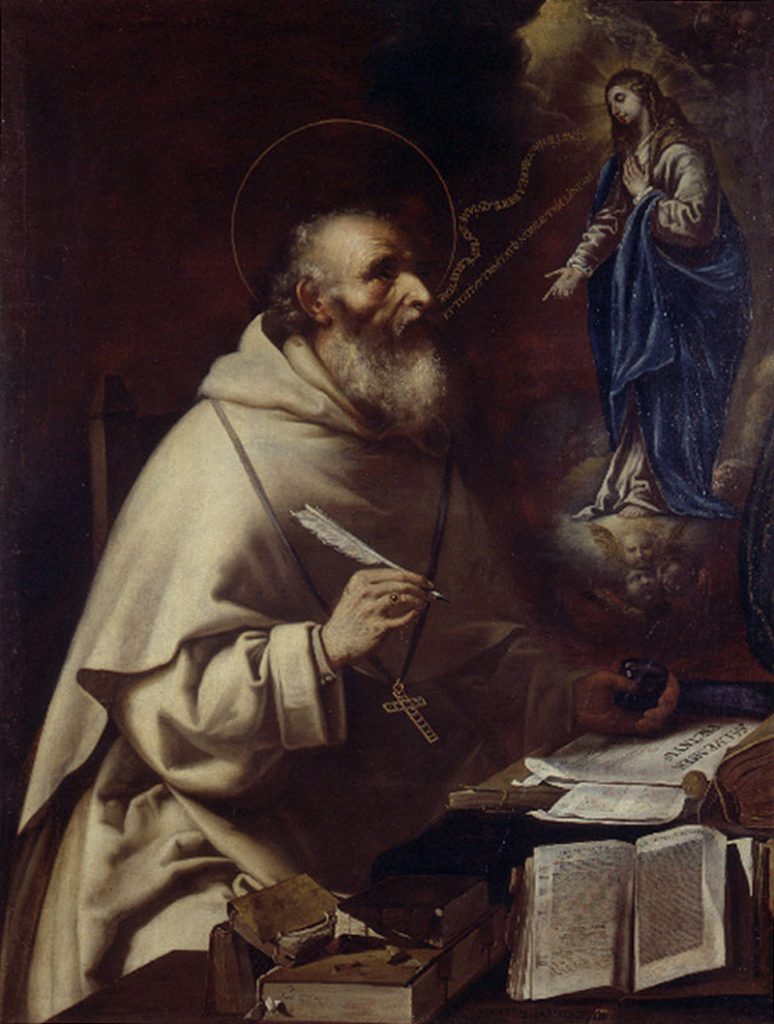 Building on his mentor’s work, Aquinas produced the pinnacle of scholastic philosophy, the Summa Theologiae, systemising Catholic teaching in harmony with Aristotelian principles, a profound marriage of faith and reason, the fruit of three decades of collaboration between Aquinas and Albert.

In 1260, Pope Alexander IV appointed Albert as the Bishop of Regensburg in Germany. Though he occupied an esteemed position, Albert refrained from owning or riding a horse, in accordance with his order’s vow of poverty. He walked all over his considerably large diocese, earning him the affectionate nickname “Boots the Bishop” from his flock. He also founded the University of Cologne, Germany’s oldest university.

Albert passed away on 15 November 1280, six years after his star pupil Aquinas. His body was discovered to be incorrupt upon exhumation three years after his death. Albertus Magnus is a patron saint of scientists, philosophers and students.

Reflecting on Albert’s life, we see how he gave glory to God through his vocation as a teacher, encouraging his students like Thomas Aquinas to reach their full potential and even surpass him. He was not just academically gifted, but also had a pastor’s heart, faithfully tending to the members of his diocese despite the daunting distance on foot. He is a shining example to teachers everywhere, to maintain the virtues of humility and charity while serving God, being a model of Christian discipline and bringing out the best in their students. From Albertus Magnus, we learn to appreciate God’s handiwork throughout all creation, from the tiniest plant or mineral to the glorious stars in the heavens.

Dear Scientist and Doctor of the Church, natural science always led you to the higher science of God. Though you had an encyclopedic knowledge, it never made you proud, for you regarded it as a gift of God. Inspire scientists to use their gifts well in studying the wonders of creation, thus bettering the lot of the human race and rendering greater glory to God. Amen.