In commemoration of the Centennial Anniversary of Our Lady of Fatima, six statues blessed by Pope Francis on 11 January 2017, as the “International Centennial Pilgrimage Image of Our Lady of Fatima”, are travelling throughout the six continents, re-echoing Our Blessed Mother’s Appeal for PRAYER and REPARATION to preserve world peace and the sanctuary of family life.

The statue travelling in the Asia Continent will be in Singapore from 11 to 18 September 2017. It will make its appearance in the Cathedral of the Good Shepherd, some parishes and several archdiocesan or religious centres where special prayer sessions and Holy Mass will be organised. The main event for the occasion will be the EUCHARISTIC CELEBRATION & CANDLELIGHT PROCESSION to be presided by Archbishop William Goh on Wednesday 13 September at 7.30pm in St Joseph’s Institution school field at Malcolm Road.

Many prayer sessions and events are also organised throughout this year in parishes and schools. St Patrick’s School organised the Special Fatima Prayer Services for the students and teachers of each level. Held in St Patrick’s Chapel, the participants prayed the rosary, consecrated themselves and their loved ones to the Immaculate Heart of Mary and watched a short video on Our Lady of the Rosary. The students also placed a petal at Our Lady’s feet as a sign of their consecration to her. The prayer service concluded with Benediction of the Most Blessed Sacrament by various former student priests of the school.

Joshua Kwok of secondary two said that it was an inspiring service and “that he learnt something new about Our Lady.” Another student from secondary three mentioned that he had never heard of Our Lady of Fatima before and that the service taught him something new about Our Lady. A non-Catholic teacher who attended the Benediction service found that it very peaceful and had a calming effect on her. But many were more aware of the need to pray for peace in our increasingly troubled and unstable world. 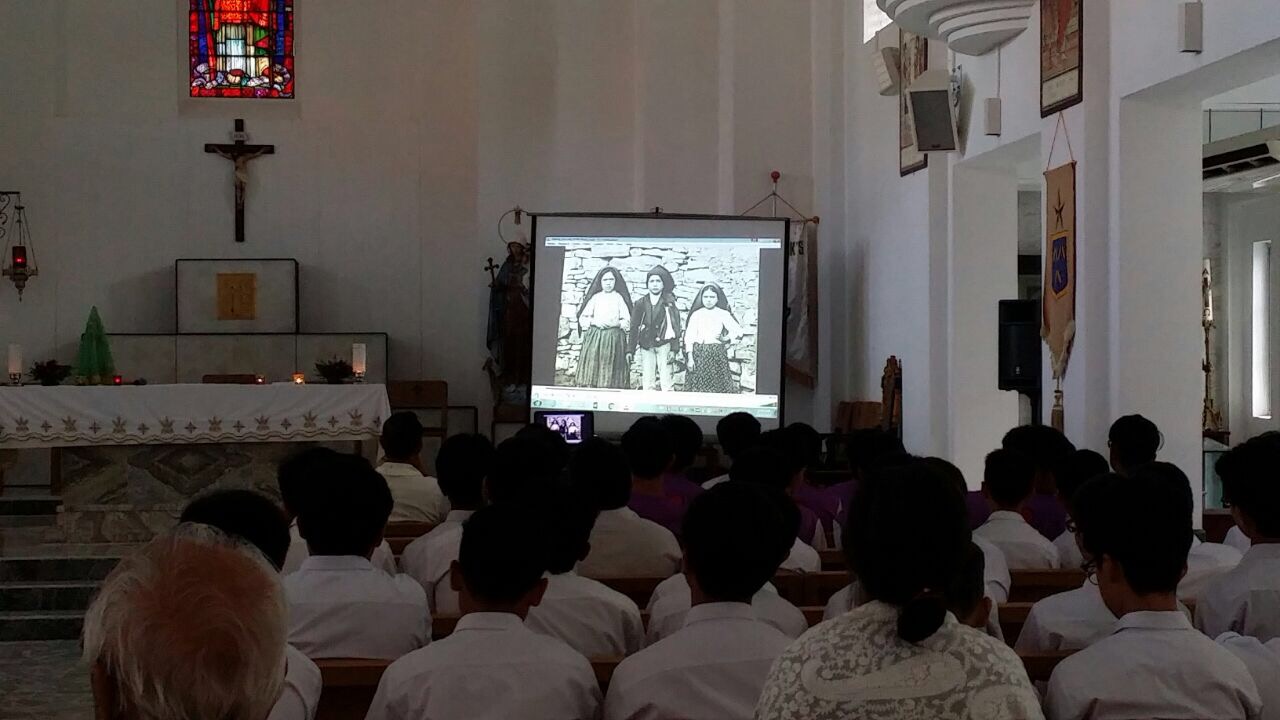