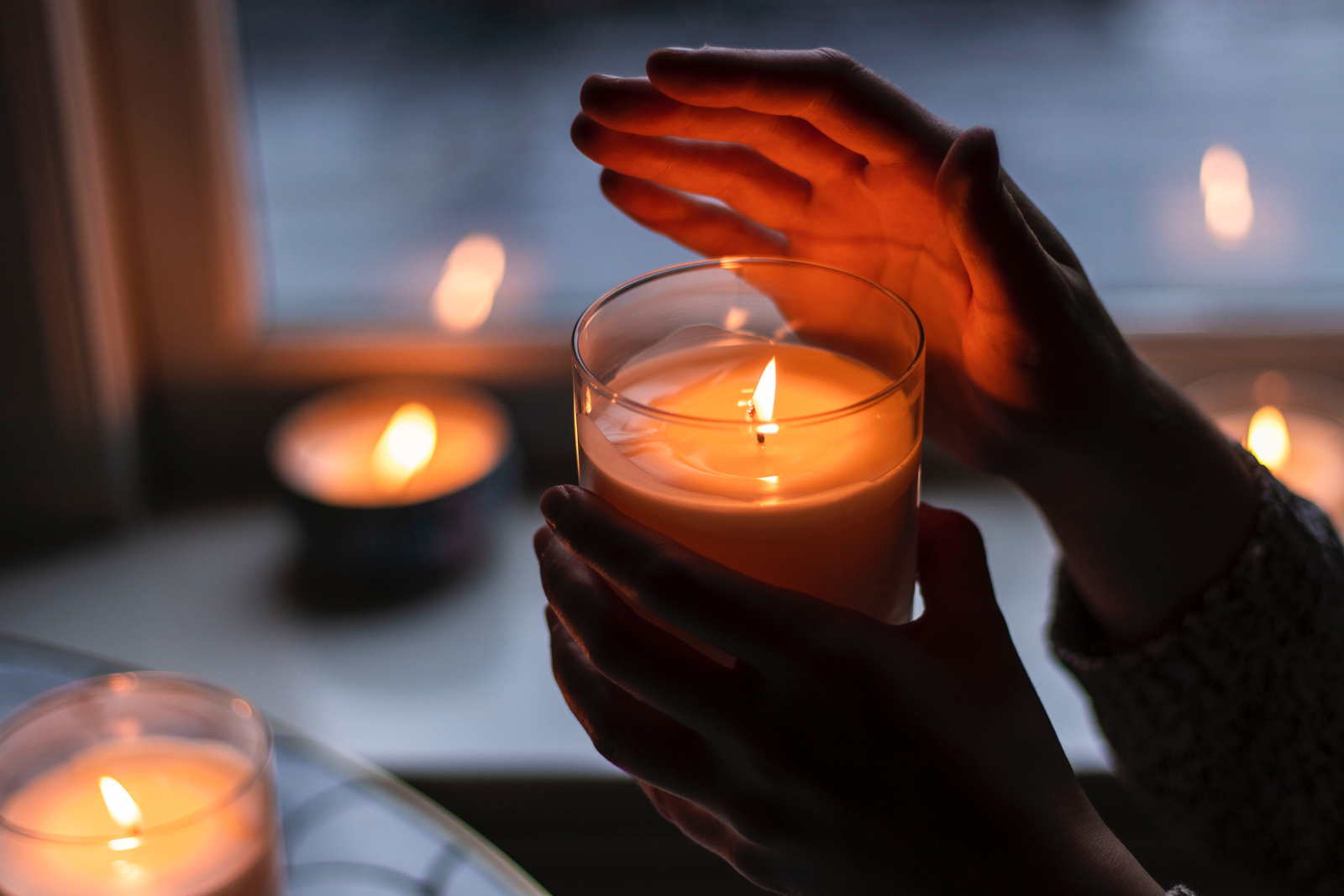 The teacher is like the candle which lights others in consuming itself.

You have most likely heard of St Thomas Aquinas, the brilliant Dominican friar who wrote the Summa Theologiae, a compendium of all of Catholic theology. But do you know he was taught by St Albertus Magnus – Albert the Great?

As a young member of the Dominicans or Order of Preachers, Albert taught theology throughout Germany. In 1245, he became a Master of Theology and then a full-time professor in the University of Paris, where Aquinas began to study under him.

Albert was the first in medieval Christendom to produce commentaries on all of Aristotle’s writings, introducing Greek and Arabic science and philosophy to Europe. He was also a keen botanist, biologist, mineralogist and astronomer, studying the natural sciences. He is thus recognised as one of the 36 Doctors of the Church, as the Doctor of Science and the Universal Doctor, because of the depth and breadth of his knowledge and teaching. The word “doctor” is Latin for “teacher”. The Doctors of the Church are saints who made significant contributions to theology or doctrine through their research or writing.

Aquinas’ fellow students teased him for being rotund and reticent, calling him “The Dumb Ox”. Albert overheard them and said: “Ox he is, and his bellowing in doctrine will one day resound throughout the world.”

Building on his mentor’s work, Aquinas produced the pinnacle of scholastic philosophy, the Summa Theologiae, systemising Catholic teaching in harmony with Aristotelian principles, a profound marriage of faith and reason, the fruit of three decades of collaboration between Aquinas and Albert.

In 1260, Pope Alexander IV appointed Albert as the Bishop of Regensburg in Germany. Though he occupied an esteemed position, Albert refrained from owning or riding a horse, in accordance with his order’s vow of poverty. He walked all over his considerably large diocese, earning him the affectionate nickname “Boots the Bishop” from his flock. He also founded the University of Cologne, Germany’s oldest university.

Albert passed away on 15 November 1280, six years after his star pupil Aquinas. His body was discovered to be incorrupt upon exhumation three years after his death. Albertus Magnus is a patron saint of scientists, philosophers and students.

Reflecting on Albert’s life, we see how he gave glory to God through his vocation as a teacher, encouraging his students like Thomas Aquinas to reach their full potential and even surpass him. He was not just academically gifted, but also had a pastor’s heart, faithfully tending to the members of his diocese despite the daunting distance on foot. He is a shining example to teachers everywhere, to maintain the virtues of humility and charity while serving God, being a model of Christian discipline and bringing out the best in their students. From Albertus Magnus, we learn to appreciate God’s handiwork throughout all creation, from the tiniest plant or mineral to the glorious stars in the heavens.

Dear Scientist and Doctor of the Church, natural science always led you to the higher science of God. Though you had an encyclopedic knowledge, it never made you proud, for you regarded it as a gift of God. Inspire scientists to use their gifts well in studying the wonders of creation, thus bettering the lot of the human race and rendering greater glory to God. Amen. 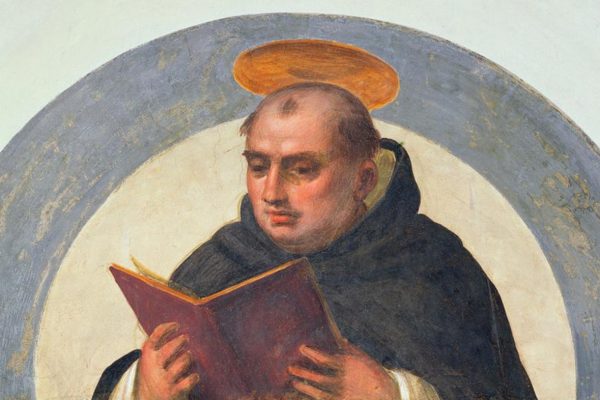 Saint Thomas Aquinas by Fra Bartolomeo   Grant me, O Lord my God, a mind to know You, a heart 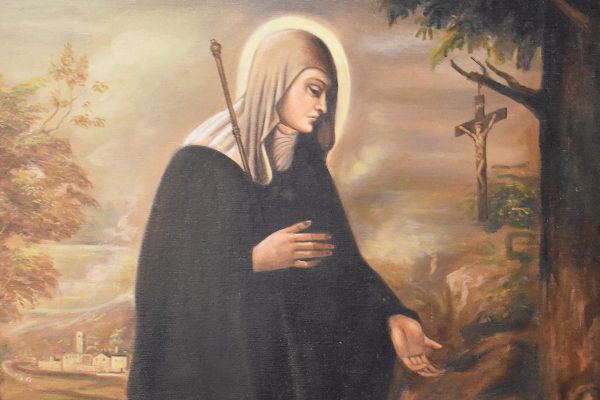 Angela Merici, Foundress of the Ursulines

Outgoing CHIJ Katong Convent Principal: God Has a Plan for Everything

With the commencement of the new school year, various school leaders have been reassigned to new posts. After eight years

Advent: The Coming of the Lord

Happy New Liturgical Year! Advent marks a new year in the Catholic Church. This is an important time of spiritual

Unity in Diversity: The Feast of St John Lateran

For many who graduate from school, what endures beyond the grades and accolades is friendship. True friends share in each 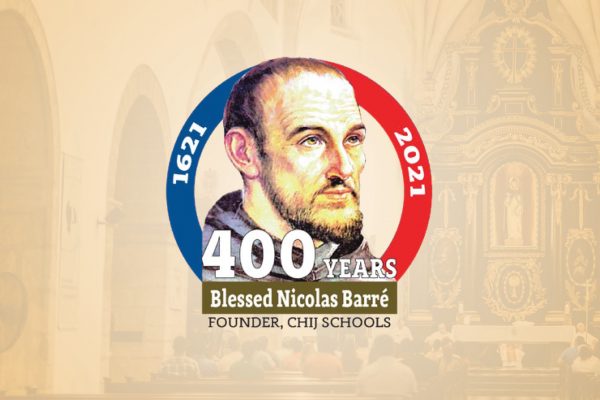 This evening, the Infant Jesus Sisters invite everyone to join in the celebration of Holy Mass commemorating the 400th anniversary of

The Rosary: A Sanctifying Repetition

In school, teachers often repeat learning points so that they will sink into our heads and hopefully surface when required. 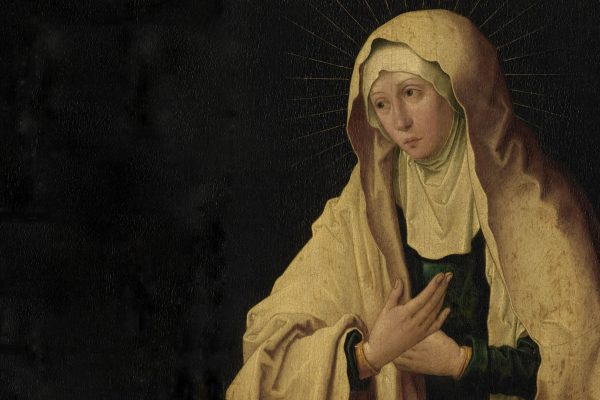 The Art of Compassionate Accompaniment

September is the month of Our Lady of Sorrows, whose feast was celebrated on the 15th of this month, the

The Assumption: Following in the Footsteps of Christ

The name of today’s feast comes from the Latin assumptionem, meaning to be taken up or received. Mary, as the

Today is the Solemnity of the Transfiguration of Our Lord, when Jesus gave His three closest disciples a peek at

The Sacred Heart as a Model for Teachers

The Feast of the Sacred Heart popularised the common heart symbol which we use today, which dates from the Middle 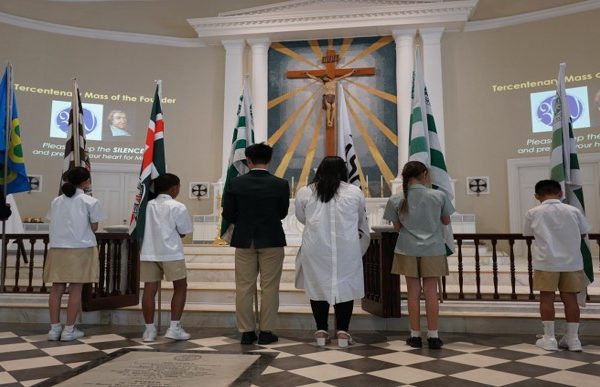 By Seminarian Eugene Chan, former teacher in a non-Catholic mission school. And Jesus came and said to them, “all authority in heaven

The Christmas light-up at Orchard Road signals the start of shopping frenzy for gifts, new clothes, decorations and the like. 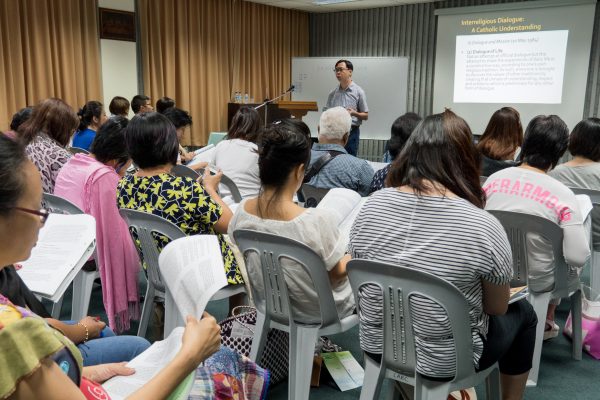 By Susan Ng-Thian, parent-volunteer The School Chaplaincy Team Formation was held over three mornings from 19-21 April. As I am 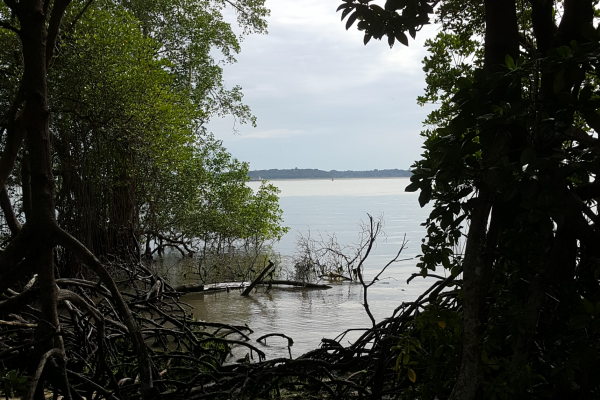 By Errol Chang When ice melts and green shoots spring from the ground, a very visible sign of change in 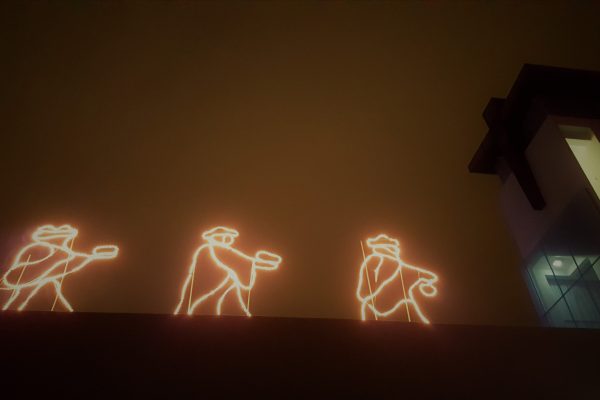 Christmas in the Classroom: A Christmas-New Year reflection

By Melissa Dragon As the year 2016 comes to a close, many are seizing the best bargains at “post-Christmas” sales 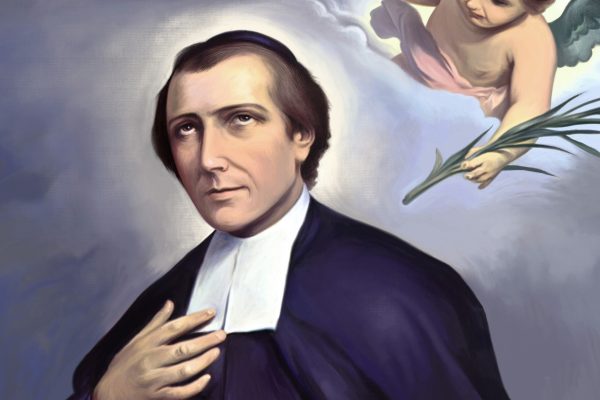 By Bro Nicholas Seet, FSC Nicolas Leclerq was born in 1745 in the northern coast of France in Boulogne-sur-Mer Boulogne, 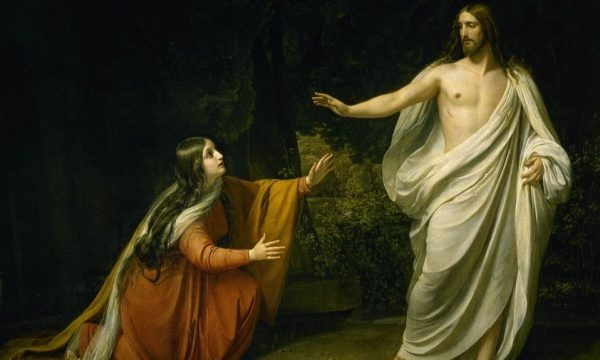 In our valiant efforts to impart knowledge to our students, have we been faithful in reflecting Christ’s love and compassion

Through The Eyes Of St Monica

St Monica was born to a Christian family in North Africa in 333 A.D. Married as a young girl to 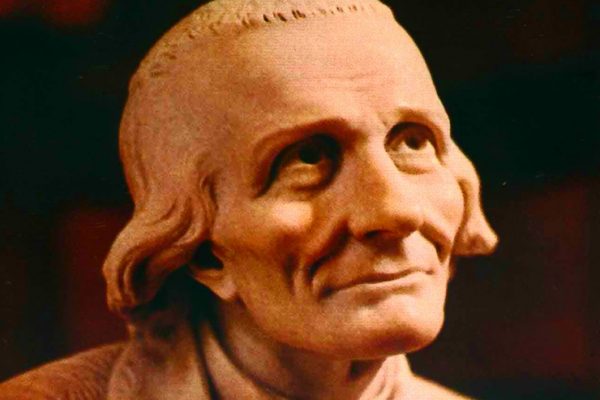 John Vianney was born in 1786 in Dardilly, France, one of Catholic farmers Matthieu and Marie Vianney’s six children. He A day in the life of... Gerry and Juliana Er

Celebrating the work of the IJ Sisters

“Do you want to live in community, on the understanding that you will not have any security? You will have

A day in the life of... Imelda Anthony

We have a chat with Imelda Anthony, who took over as principal at Magdalene’s Kindergarten this year.   What are

Saint John Paul II, born Karol Wojtyła on 18 May 1920, was the longest serving pope of the 20th

Being a good man: lessons from St Joseph

What does it mean to be a man? It is a question running through every boy’s mind in the

Grace in the midst of trials

Born in Roman Britain on 17 March 387AD, St Patrick is one of the world’s most popular saints. Despite being We catch up with newly appointed principal of Maris Stella High School, Mrs Woo Soo Min (second from left in

St Peter was an imperfect man, bestowed with a holy mission to be a shepherd of God’s people. How can 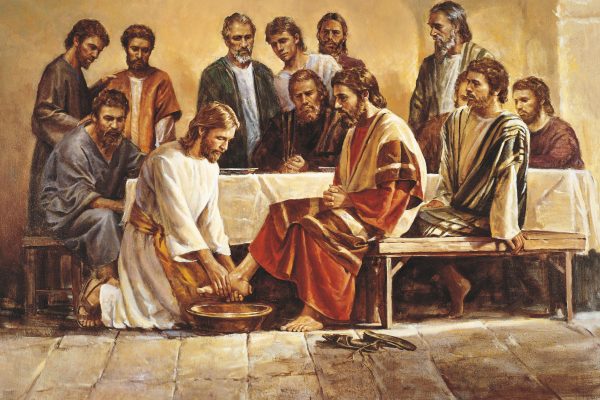 Practicing the virtues of mercy this lenten season

The liturgical season of Lent is upon us again. Beginning on Ash Wednesday, Lent is a 40-day period during which

A day in the life of... Ignatius Lee

Ignatius Lee has been a teacher for over five years, and handles English, Maths, Science, Social Studies and Religious Education 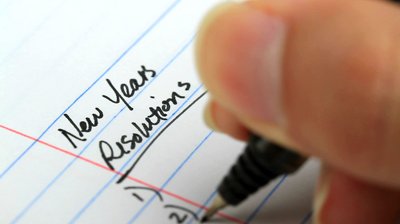 At the start of every new year, people come up with resolutions in order to improve their habits and the

On 17 November, the chaplains and Religious Education (RE) coordinators of Catholic schools gathered at the Catholic Archdiocesan Education Centre 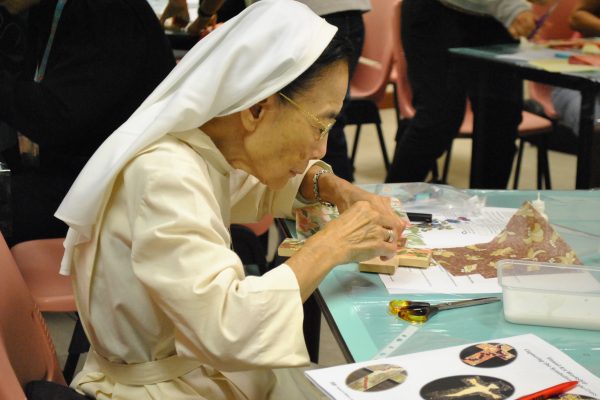 A day in the life of... Sr Agatha Tan IJ

Many students over past decades still remember the impact Sr Agatha Tan IJ made in their lives. From feeding and

A day in the life of... Br Nicholas Seet FSC

Br Nicholas Seet, a Lasallian brother for nearly 30 years, is a Subject Head for Citizenship and Character Education, and

The Birth of Mary

Why is the birthday of our Lady so special, and what can educators learn from this special event?   In A day in the life of... Sr Assunta Cheng FMM

Literally leaving everything behind, Sr Assunta Cheng left her hometown in Taiwan nearly seven years ago to serve with the

How is it that the reflections and prayers of a man in a cave hundreds of years ago, continues to 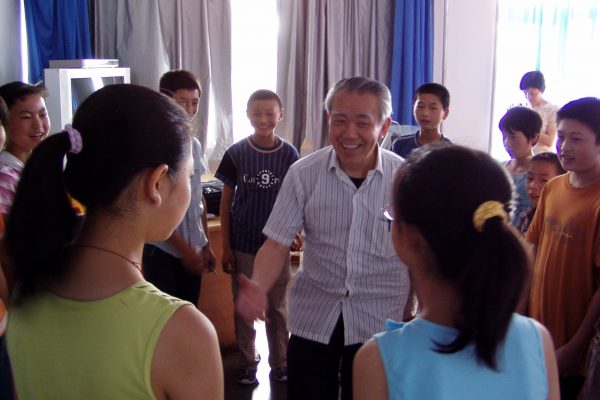 The main calling of the Marist brothers is education, and this was exactly where Br John Lek FMS has been

St Benedict was young, wealthy, and healthy at the time he decided to step back away from the world to

A day in the life of... Sr Delphine Kang RGS

Sr Delphine Kang RGS is the supervisor of Marymount Convent School.   What are your roles and responsibilities at Marymount Amidst the important, amazing, and inspiring acts of faith that Sts Peter and Paul have done in their lives, two The Catholic school at the heart of the Church

A day in the life of... Geraint Wong

Geraint Wong teaches English Language at CHIJ Secondary.   Why did you want to be a teacher? I’ve always found

Mary, our mother and teacher

As we end the month Mary, let us reflect and remind ourselves again of the important lessons Our Lady teaches As we celebrate Pentecost, let us remember the gits that God freely blesses us with, and what they mean for

Pope Francis‬ canonised four ‪nuns‬ this past Sunday. One of them is Sister Marie Alphonsine Danil Ghattas‬, born in ‪Jerusalem‬

Today in the Roman Martyrology, we commemorate St Vincent Pallotti, a Saint much less well-known than the likes of Francis Ng U-Lynn, an Art teacher in St Gabriel’s Secondary School, shares a day with us.   A book with a Nick Chui, 35, does not teach in a Catholic school, but that does not change his purpose and calling.